Every health condition comes with its own language, medical terminology and decision options. End of Life is no different.  While CPR and DNR may be familiar to many, that doesn’t mean they are understood as intended.

New ‘terms’ such as Allow Natural Death or AND and Voluntary Stopping Eating and Drinking or VSED have been created to add to options to consider.   Understanding the words and terms used is one thing. Being able to act on them is another.

CPR: what does it mean

DNR: What does it mean

AND: What does it mean 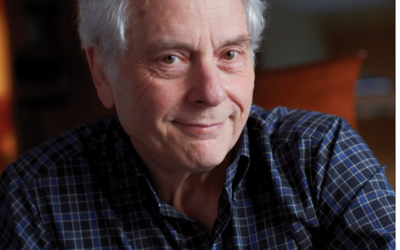 My big brother, John, had the best possible end

My bro died at home, on Palliative/Hospice Care Although we did not know it at the time, my brother’s ‘end’ started November 2018, with a brain tumour diagnosis. Surgery before Christmas that year was deemed ‘successful’ and John was in such good physical shape that he was released early. He sailed through weeks of radiation and chemotherapy with few of the expected side effects. His only physical change was that he started wearing hats. Humour was his go-to modus to get through, the sillier the better. We cheered every picture he sent us, mugging for the camera: electrodes on his head or ridiculous hospital gowns, a ‘brain fart’ toy. the tumour came back with a vengeance In August, results of an MRI were devastating. From then until he died –almost a year to the date of diagnosis – the speed of his physical decline was shocking.   It was his confused speech that led to the initial consult that led to the diagnosis, but – until August of 2019 – he was able to have a conversation, with words ‘filled in’ for him. When he lost that ability, he still hammed for visitors.  His right side was the first to ‘go’, but he still made funny hand gestures with his left hand and jiggled in his seat when bouncy music played. His wife, Susan Teskey (herself a formidable producer/director) proved an amazing caregiver who also did her best to inject humour wherever possible: each piece of home care equipment was named and formally introduced. The commode, for example, was Clarence. The high top toilet seat, Harold. She made sure his... 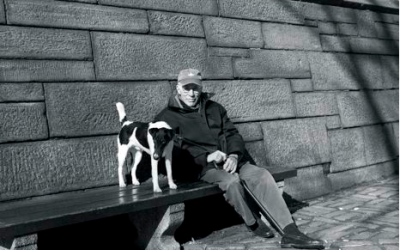 Men writing about The End of Life

Men writing from the inside out about life’s end. In the picture in The New Yorker, sitting with his dog, on a bench by a park, Roger Agnell, looks none of his 93 years. Famous for his sports writing, ‘This Old Man’ is Agnell’s reflection on life, starting ith what is and isn’t working- kind of a Medical History but with the life that was going on around the health issues. The lower-middle sector of my spine twists and jogs like a Connecticut county road, thanks to a herniated disk seven or eight years ago. This has cost me two or three inches of height, transforming me from Gary Cooper to Geppetto. My left knee is thicker but shakier than my right. I messed it up playing football, eons ago, but can’t remember what went wrong there more recently. I had a date to have the joint replaced by a famous knee man (he’s listed in the Metropolitan Opera program as a major supporter) but changed course at the last moment, opting elsewhere for injections of synthetic frog hair or rooster combs or something, which magically took away the pain. I walk around with a cane now when outdoors—“Stop brandishing!” I hear my wife, Carol, admonishing—which gives me a nice little edge when hailing cabs. In the New York Times, James Collins (author of Beginner’s Greek – a novel) title had me gearing up for a grim diagnosis: My office supplies are going to outlive me But, no! No health issue prompts Collins. Instead, it’s when he takes stock of the sheer number of staples in his office he...

Palliative Care: Doing ‘nothing’ is not an option

Dr Daphna Grossman wants to set the record straight “In healthcare it seems we talk about ‘doing everything’ or ‘doing nothing’. With Palliative care ‘nothing’ is not an option. 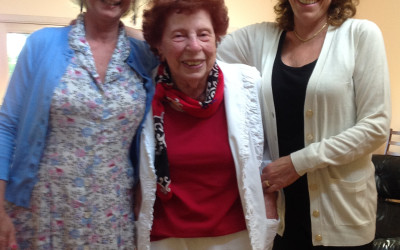 Infections in the elderly how to best treat: Are antibiotics always the answer

Although my 96 year old aunt (pictured at left, between me and my cousin – her daughter) had no symptoms of a bladder infection, a urine test resulting from cloudy pee revealed she indeed had a Urinary Tract Infection (UTI. My aunt hadn’t complained about pain or discomfort, my cousin – her ‘power of attorney’ – authorized treatment with antibiotics. Many would agree.

I am dying from the treatment of too many physicians. 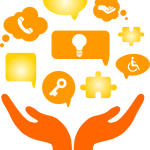 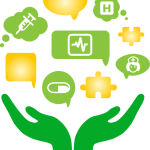