Rodger Harding: my parents’ good deaths made me less fearful 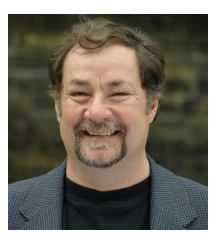 “They both died young, but they’d accepted death”

Rodger Harding’s mom died of colon cancer, his father 3 years later of emphysema.
“They both died young – 61 and 69 –  but because they’d both accepted that they were dying, it took away the terror – for them and for me. This is not to say it dying was an easy or pretty process to watch.  But it still took away that fear.”

Rodger knew something was up several months before his mother was diagnosed  “She wasn’t able to eat at the lavish lunches that were a monthly tradition with us. “ It wasn’t until the second operation that she understood: “She said to the doctor, ‘You’ve opened me twice. Did you take it out?’  When she heard the answer, her attitude was:

‘I’m facing it, we can have a good cry. I don’t mind dying but don’t really want to say goodbye.’ Friends would try to persuade her that she would get better. She wanted none of this.”

Rodger, his brother and his father rallied. “We took her to the sea and wherever she wanted. She was feted, loved, made to feel special and pampered by all the people she’d ‘touched’ in her life. It was like a party.

His mother, who loved food, would eat and enjoy it, and then throw it up. “She had to eat veggies, so I made her the only veggie dish I knew: ratatouille. Her sense of  humour kicked in, ‘I’m dying, and have to have ratatouille every day?’

When she became weaker, and had to go back into the hospital she said, “I’ve come here to die. Just keep me alive till my sons get here.

“There were hard parts:  having to put your life on hold. And the physical breakdown: you don’t want them to be going through this, and also thinking, ‘How much longer will this go on?’ Then the guilt for thinking that way, and the realization they’re not going to get better .”

His mother’s dying forced a change on the family: “We let people help. We were a self-contained, private family. But for this, we let someone do flowers and others bring food.  When she died, I looked ‘round at and the chapel was filled with people she’d touched. That was her gift and her legacy. I feel I can’t squander it.”

Dad died 3 years later, at 69.  “A completely different experience. He wanted no-one around, just his sons. He said ‘Thank God you boys aren’t married.’  In Dad’s last weeks at home, my brother and I had to learn about oxygen, frequent bed changes, toileting.  My father said,  ‘If every I doubted you guys loved me. This confirms it.’ After Dad’s death it was a very uniting thing with my brother and I. I’m four and a half years older, but there’s a protective bond that now goes both ways. Hit him hard that he was an orphan.

“I never heard either of my parents say ‘why us’? There were no recriminations, no self-pity. It was a privilege being with them when they died. I don’t grieve them: they’re not gone: they’re with me always. The experience was a good thing.  It took away the fear of death away completely.”