In this fast-forward world, it can seem that grief should have a ‘best before’ date. It can be uncomfortable – for those grieving and those around. Grief can also be exhausting and stressful and relentless.

Considering few of us are spared the knife-cut that comes with the sorrow of loss, there are time-honoured rituals and traditions that help on the road to softening suffering.

For Christians, a wake includes visitation – seeing the body – and, after the funteral, gathering to pray for and celebrate the life of the deceased.

From: The Light Beyond

In the Jewish tradition “Sitting Shiva’ is 7 days of mourning during which time the bereaved is (are) never alone:

Our sages allocate days one through three for crying, and days four through seven for eulogizing. After that, one does not mourn excessively, but follows a grieving process that gradually diminishes.

Ideally all of the direct mourners sit shiva in the house of the deceased, for it says, “Where a person lived, there does his spirit continue to dwell.” Thus the presence of the person who has passed away is strongest in his own home

There are  many pre-death rituals to help the the dying on their journey and also to help those left behind:.

It was very touching to see that at the end of the funeral where the burial.. the sun dance drum ent to sing that last song for her. I’ts calld the Traveller’s SSong.. it’s a beautifl son, a beautiful song and it’s her journey back to the spirit world I think [that kind of ] good eath.. helped her family, it helped her children, it helped her grandcilresn, it helped her great grandchildren accept death as it is. It’s part of our life.

of a Good Death in Hospice Palliative Care

In addition to time-honoured traditions, new ways of mourning and coping with grief are emerging. Consider these modern ways to assuage grief:

Karen Greve Young, living an ocean away from her mother – diagnosed with Ovarian Cancer – wrote to eachother during her mothers’s treatment. After her mother’s death Greve Young put the emails together and created a  Shared Memoir : Love you so much 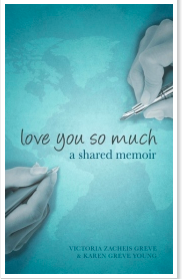 Lucy Worthington wrote an instruction manual for her husband on how to raise their daughters after she died from cancer. The guide, which incorporates advice on everything from puberty to head lice to funeral arrangements, is now being finished by her teenage daughter Emily following her death.

The manual written by the Worthington family is more than a practical toolkit; it provides a space within which the family can speak about the woman they have lost

Not to be forgotten are formal caregivers – nurses, personal support workers, occupational therapists, physiotherapists  – who may also have developed relationships with their long-time patients – as often noted in death announcements: ‘with thanks to the nurses at’

These healthcare professionals aren’t immune to grief, and can be deeply affected. As one Recreation Therapist told me: “I’m often asked ‘ how do you deal with it when ‘your’ patients die?” Said she:

I allow myself some moments to grieve and then then try to focus on the all the good times, and what I learned from and about my patient.

There ain’t no cure for grief.