Dr Michael Gordon on playing music together, information vs knowledge and sex. 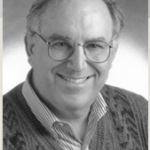 What a wonderful wide-ranging conversation with Dr. Michael Gordon, Geriatrician, Writer, and Ethicist. Not necessarily in that order.

His terrific and highly readable book,Moments that Matter: Cases in Ethical Eldercare was the basis for us talking – but the good doctor rose to the occasion when I put forward my belief about decision-making: it’s rarely the domain of the individual alone. Using a lovely musical analogy that succinctly articulated my observations: decisions are made, not in isolation, but in collaboration and consultation with our community. “Autonomy in decision-making is a misconception. Rarely do we act as soloists: we’re always playing with others. Even virtuosos are usually backed by an orchestra.”

We talked about the overabundance of information. “Along the info highway, we’re given lots of data. That data has to be translated into information – which still doesn’t tell us what to do. Information has to coalesce into knowledge, which has to be seen in the light of what’s right for you.”

Recognizing the impact of the internet, another tale of well-meant but poorly executed information: “Getting older, we lose our sense of thirst. We’ve all been told to drink 8 glasses of water a day, so this concerned daughter was making sure her mother got the full quota. Meanwhile her mother was becoming increasingly confused. Some simple tests revealed that with all that water, combined with diminished kidney function, her body was losing sodium and potassium. She didn’t have enough salt being retained because she was also taking a diuretic for blood pressure control. It was the low sodium due to the over-hydration that was causing her confusion. In addition to stopping the diuretic for a few days and decreasing the amount of water intake, I told her daughter to give her 2 small bags of potato chips.”

Another perspective on a potentially contentious decision: Surgery for an elderly or fragile senior. As is pointed out by Dr Gordon “Rather than being considered as a cure, surgery at this stage is usually for comfort and quality of life.” 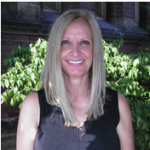 It’s universally understood that with siblings can come disagreements in care of elders. Michael Gordon helps put into perspective these challenges “Every child has a different parent” a quote he attributes to fellow Baycrest Ethicist, Marcia Sokolowski. “It’s not that one is “righter” than the other, it’s that every child’s understanding is his/her understanding, and every recollection of a reaction is unique to that child.” This leads to another reassuring pearl: “Whatever decision you make after careful deliberation will be the right one.” By this Dr. Gordon means that once a decision is made it is important to not go back after the act is over and feel guilt about why a different decision was not made.

Even when written directions are in place, Dr Gordon takes a humanistic approach to Advance Directives/Living Will. “The kind of person your parent is (or was) can help in determining what should be done in end of life decisions.” An example he gives is a daughter, in anguish, wanting a feeding tube in contradiction to her father’s written instructions. “The father was, by all accounts, a kind man who would do anything for his children. My feeling was if it would ease his daughter’s upset, he’d agree to a feeding tube – which extended his life by about a week.”

Moments that Matter: Cases in Ethical Eldercare has, amongst other things, a chapter on Sex in which is posed the question “What do you and your family do if and when your older parent get involved in a late-life romantic or sexual relationship that you are not emotionally or intellectually prepared for?” Dr Gordon, who has witnessed monumental changes in everything related to eldercare, says, “Romance and sex in long term care used to be a case here, a case there. With movies like Away from Her, bringing the situation to the big screen, it’s clear that intimate relationships aren’t just a one-off.” His later question – which in my opinion, is the more important: “Who decides when elderly individuals – wherever they may be living – should or can participate in romantic or sexual relationships”.

I remember, some years after my beloved Dad died, my Mom met someone while on vacation. My sister and I were so pleased. My brother – I discovered later – felt differently. He did not like one bit the notion of another man in my mother’s life. To me this, as with other health and life dilemmas, begs the question, whose life, and whose health is it anyway?

Thank you Doctor Gordon, for being a writer, a doctor, an ethicist and a humanist.