My big brother, John, had the best possible end 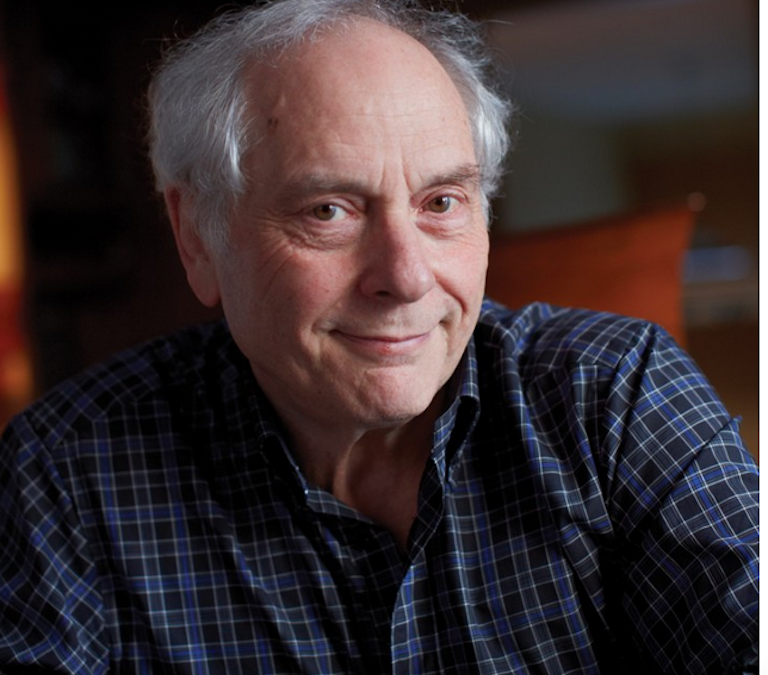 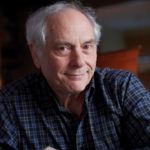 My bro died at home, on Palliative/Hospice Care

Although we did not know it at the time, my brother’s ‘end’ started November 2018, with a brain tumour diagnosis. Surgery before Christmas that year was deemed ‘successful’ and John was in such good physical shape that he was released early. He sailed through weeks of radiation and chemotherapy with few of the expected side effects. His only physical change was that he started wearing hats. 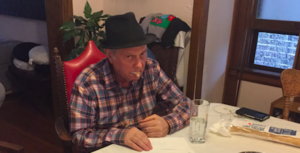 the man couldn’t resist mugging for the camera

Humour was his go-to modus to get through, the sillier the better. We cheered every picture he sent us, mugging for the camera: electrodes on his head or ridiculous hospital gowns, a ‘brain fart’ toy. 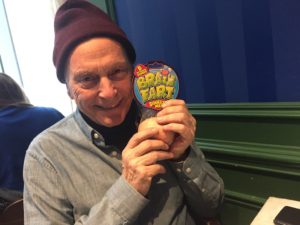 John has a Brain Fart

the tumour came back with a vengeance

In August, results of an MRI were devastating. From then until he died –almost a year to the date of diagnosis – the speed of his physical decline was shocking.   It was his confused speech that led to the initial consult that led to the diagnosis, but – until August of 2019 – he was able to have a conversation, with words ‘filled in’ for him. When he lost that ability, he still hammed for visitors.  His right side was the first to ‘go’, but he still made funny hand gestures with his left hand and jiggled in his seat when bouncy music played. 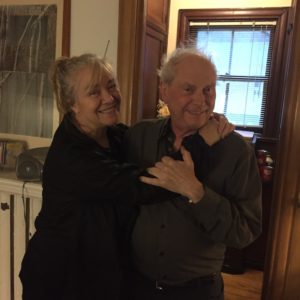 His wife, Susan Teskey (herself a formidable producer/director) proved an amazing caregiver who also did her best to inject humour wherever possible: each piece of home care equipment was named and formally introduced. The commode, for example, was Clarence. The high top toilet seat, Harold. She made sure his waking hours were filled with music and musicals that he loved, and his children and grandchildren regularly spent time with him.

The night he died – at home, on Palliative Care – he waited until it was just his wife with him. As her favourite Personal Support Worker, said: “He waited until he was alone with you.”

My brother was an Emmy Award Winning Documentarian whose focus was social injustice issues. The tributes reflect his impact, and I’m touched and moved by all the lives he changed.  As his sister, and sometime silliness-co-conspirator, I’m forever grateful to have had him in my life, and that he had a BestEnding.