Death and doctors who don’t want to talk about it

What happens when patients want to talk about death, but their doctors don’t? 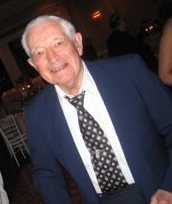 My 94 year-old father-in-law was relieved and delighted when I brought forth the subject of medical directions, in the event he couldn’t speak for himself. My brother in law – a paramedic – brought a standard Do Not Resuscitate (DNR) form. Although written in largely incomprehensible language for a mere non health care professional, I took it upon myself to discuss more than just the decision to resuscitate – shocking his heart back to life.

He was right on board with ‘no heroic measures’ – and even more adamant when he understood what ‘heroic’ and ‘measures’ meant in the context of his quality of life.This form required signature from a doctor, so he brought it to his next regular visit to his long-time family doctor.

His doctor was aghast.

“Who put you up to this? I’m not going to sign this. I don’t think this is what you’d want.”

Not an isolated incident, as I’ve discovered. I’ve been conducting informal interviews with healthcare professionals of all stripes about their reaction to not initiating or discontinuing life-prolonging interventions. This includes supplemental feeding (Feeding Tubes) breathing (ventilators and tracheostomies) and dialysis.

Often these are the same healthcare professionals who purport to want to follow patients wishes, but who try to talk their patients out of their wishes.

Well, yes. It’ll lead to the death, but possibly in a more dignified manner than hooked up to machines.Consider the case of Daisy–born in 1918–as told by California Geriatrician, Dr Michael Wasserman:

Daisy woke up with a slight cough and fever. The nurse immediately called her doctor, who ordered a chest x-ray. A few hours later, it was determined that Daisy had pneumonia. She was given an oral antibiotic, but her condition worsened throughout the day. She began wheezing and her oxygen saturation levels started to decline.

Daisy arrived at the emergency room, in extreme distress and was placed on a ventilator. Daisy spent a week in the intensive care unit, where she was agitated and had no understanding of what was being done to her.

When Daisy’s daughter was finally asked: “What would Daisy say if she knew her present condition?” The daughter’s answer was immediate: “She would tell us to shoot her.”

Yet no one had ever asked Daisy’s daughter this simple question. Every time that Daisy was sick, the family just went along with what the doctors wanted to do, because they figured that Daisy was getting the best care.

And therein lies one of the reasons I understand the delicate balance in talking about dying and death. Sometimes there’s more than one ‘right’ answer, and other times there’s only uncertainty.

If asked, don’t many of us want to die in our sleep, or (some form of )be hit by a bus. Something concrete, imaginable and quick. Likely not going to happen. Harvard Instructor, David Ropeik, from the blog, BigThink:


Most of us won’t die from the threats that seem to worry us the most. We will not be murdered, die in a plane crash, or succumb to the effects of climate change. Environmental contamination, terrorism, swine/bird/the next big flu…each may in fact kill a lot of people. But it is a pretty sure bet that most of us will simply get frail, and sick and need progressively more and more medical care while experiencing progressively less quality of life..As worried as we are about dying, we are not worried enough about how we will die.  Top ‘killers’: heart disease (#1 cause of death) or cancer (#2) or chronic lower pulmonary disease (#3) or a stroke (#4)

The more I observe, the more I believe that doctors – and other healthcare professionals – do not relish talking to us about dying and death because we’re coming at it from two different angles: patients have objectives and so do doctors. And they’re not necessarily the same, as my father-in-law’s experience proves.

I have generally taught my students that this failure results from a “culture of cure.”  Doctors and patients focus so hard on treatment, whether its fighting cancer, heart disease or even Alzheimer’s, that they ignore the reality that all life eventually ends.  Lost is the opportunity to plan for end-of-life needs, which can deny the patient and family a gentle passing.  Doctors falsely see death as the great enemy, instead of suffering and disease. – from the post on KevinMD