Alzheimer’s and Restraints: Benefits and Risks 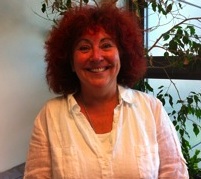 To restrain or not to restrain

Until I met Sylvia Davidson, the word restraints scared the bejesus out of me, conjuring up straight jackets, handcuffs, ropes tape over mouth and struggling terrified restrainees. (clearly, I’m watching too many crime shows).

That was B-S: Before Sylvia – Advanced Practice Leader, Geriatrics at Toronto Rehab and past President Ontario PsychoGeriatric Association. In Sylvia, I found a woman whose first concern is what’s best for the patient. Considering her patient population has dementia, gaining an understanding of the patient, to determine what’s best for them, is not all that dissimilar to a crime investigation – where the goal is to gain trust towards getting the truth. More than technical skills, this requires an emotional connection.

“Nurses here are schooled in the 3 D’s: Delirium, Depression, Dementia. It’s our job to figure out who and how he/she was before dementia.”

The Restraints Minimization Act describes when they are to be used: “for the prevention of serious bodily harm to a patient or to others”.

There are three categories of restraints:

Before restraints of any kind are considered, there has to be consent – usually from the surrogate/substitute decision-maker, who is made aware of risks and benefits, a couple of examples of which are:

With consent, a comprehensive assessment process – with the family and the patient at its center.

“Family members are so important because they knew this person before dementia set in. If we learn they were ‘free spirits’ ‘always on the move’ it’s a clue about how they may respond to physical restraints.”

One of the big concerns motivating restraints is fall prevention but that, too, requires understanding the patient as a person.

“One gentleman, who fell regularly, just hated being restrained: he’d shriek, and fight it. We worked with the family, who decided restraints would rob him of one of his few remaining functional abilities. Their decision: allow him to fall. In the hundreds of times he fell, his only injury was a cut on his chin. Had he broken a hip, for example, where recovery can be iffy in an older person, their attitude was, he’s lived this long, he hates being restrained, let nature takes its course.”

A restraint can enable function

“We had a woman so agitated she couldn’t sit still to eat. She was seated in a wheelchair with a lap belt at meal time. It calmed her down. And she was able to eat. With dementia, they’ve often lost their own ability to determine that they need to sit, torest, to eat. Restraints can be of huge short-term benefit.”

For me, this is reminiscent of a child-rearing strategy a kid who’s so wound up, they need help to calm themselves (which is absolutely not to equate our elders with our children but rather put the upset of a restraint into a more familiar perspective).

On the way out, Sylvia takes me past a room where a woman sleeps in a bed low to the ground, a mat on the floor beside the bed, no restraining bed rails in sight.

“With the confusion of dementia or delirium, bedrails can feel like being trapped. This woman would climb over the bedrails or slither off the end – putting herself in danger – and then go to sleep on the floor. The solution: we got her an alarmed bed, and put it close to the ground. The alarm lets nurses know she’s left her bed, but usually she’s rolled off onto the mat. We put a cover over her and she sleeps peacefully. Who knows, perhaps as a child in a family with many children, sleeping on the floor was the norm.”

Sylvia’s take away for families with a diagnosis of dementia:

“Talk about issues with them while you still can. It’s so much less painful than second-guessing decisions when your loved one can’t be part of the discussion.”